Old Mill In A New Light

Home/Kolumne/Old Mill In A New Light
Previous Next

Old Mill In A New Light

Despite the fact it was built more than 130 years ago, there is still no enough data about the mill in Old Bar, on the wellspring of Kaynak.

According to the files of the Andrija Prelja’s Oil Refinery: “In the year of 1886, Vrbica Masho built a factory he was in charge of for a limited period of time. He then sold it to Blazho Ilichkovic, who later sold it to Shpiro Popovic, from whom I bought it in the 1918.” 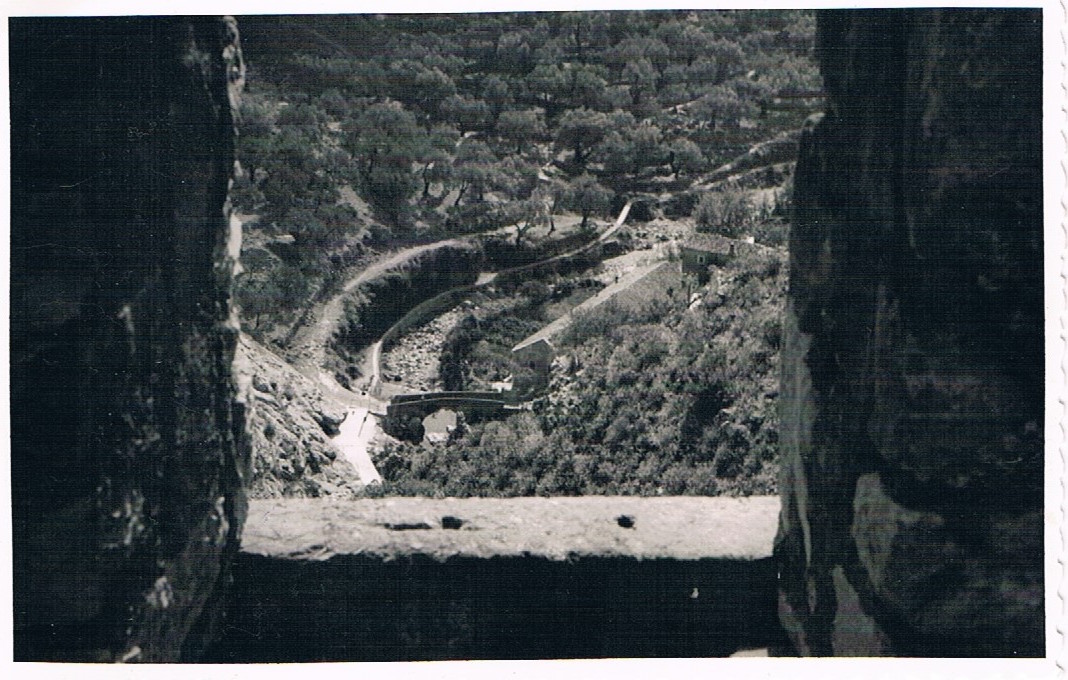 “Vrbica Masho – Montenegrin duke, senior civil servant, minister… During the attack in Bar in 1877/1878, he was in command of the majority of Montenegrin military forces… In 1888 he built a soap factory in Bar. Because of the conflicts with Prince Nikola, he left Montenegro in 1892. …” (Historical Lexicon of Montenegro, 5.).

In a file originating from 1932., the mill on the river Rikavac was in possession of Jovo Martinovic, Cretenchic brothers: Petar and Bozho, Jakov Vretenichic (who had two mills, one of them for wheat), also Nikola Vuchinic… 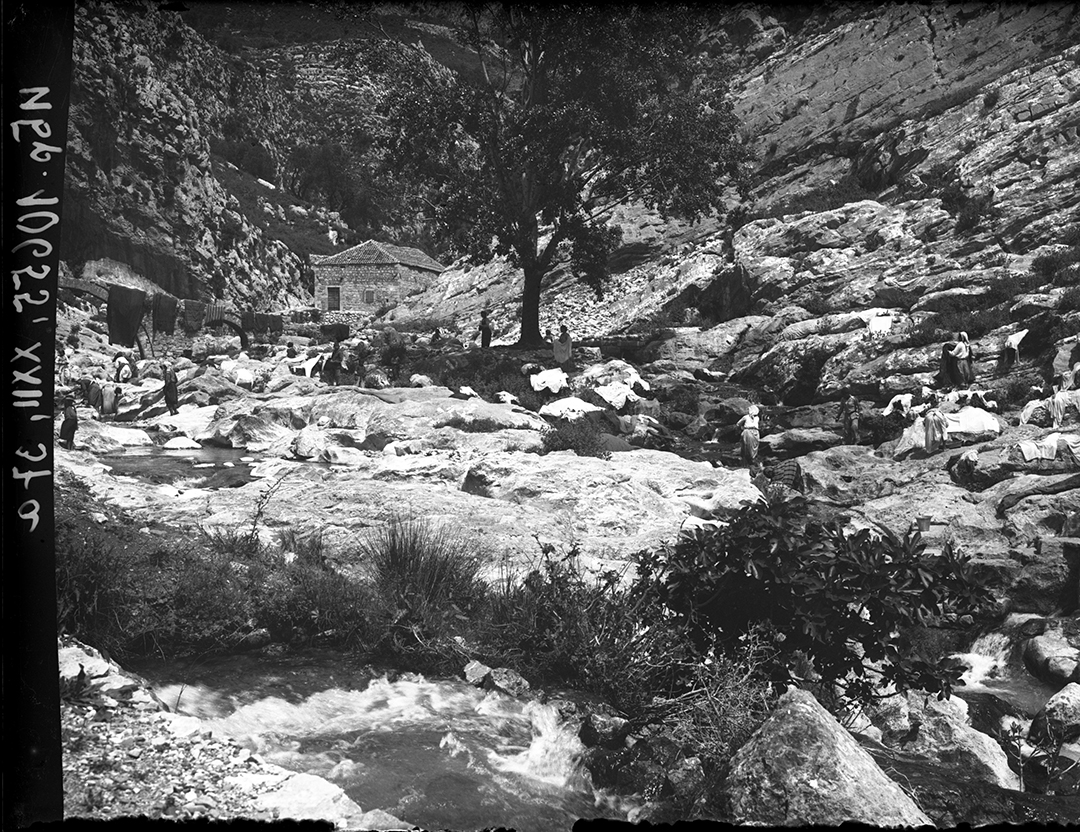 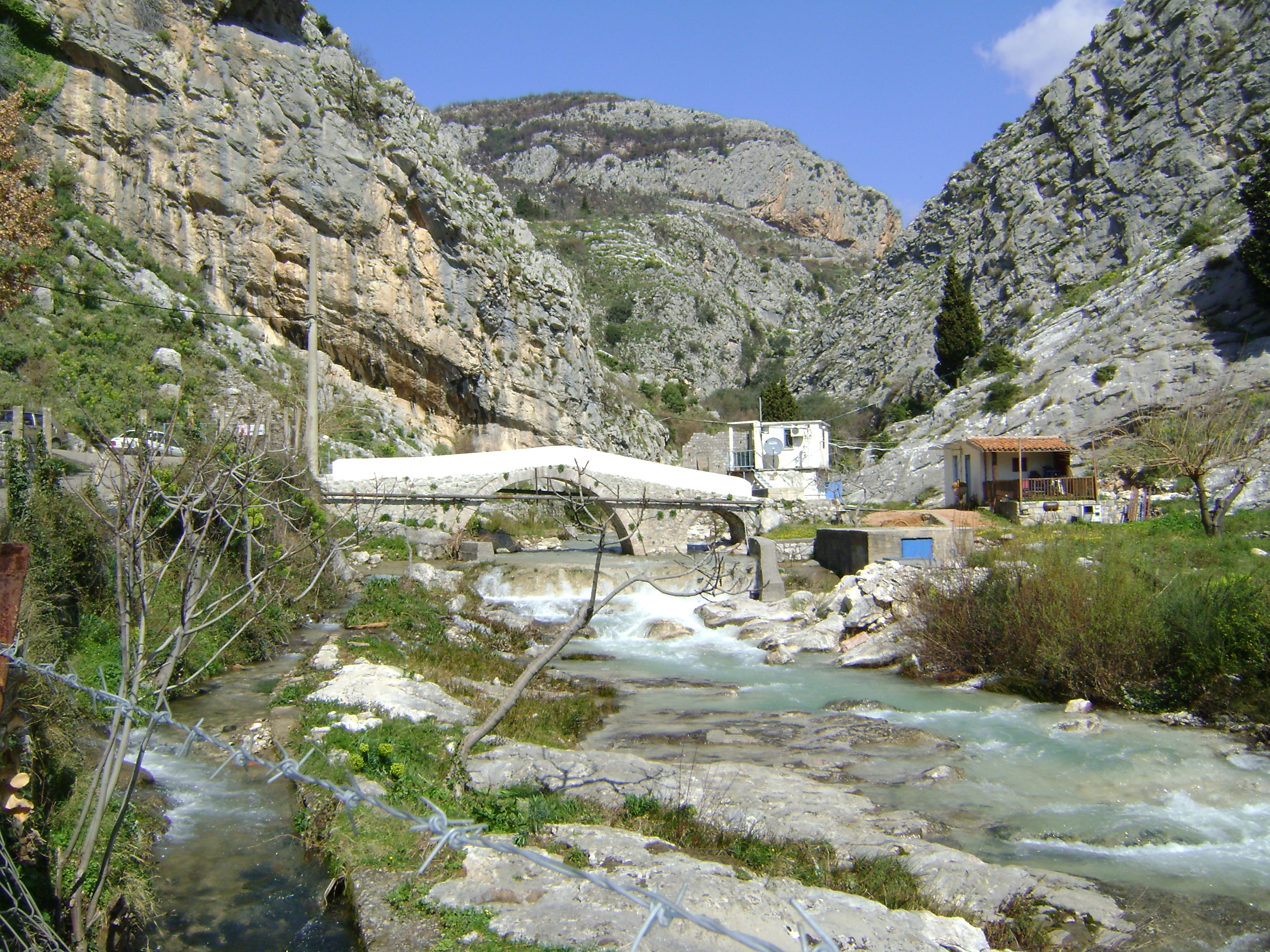 Prelja’s mill “had five workers, from November 1935 to January 1936. They had to work about 9 hours a day, so they made about 18 000 kg of olive oil, nearly 2 wagons. There were 5 pomace olive oil wagons left and they were sold out to the first Dalmatian enterprise in Dubrovnik, so they could process it to get oil needed to make soap. It was believed to have a strict supervision when it came to cultivating olives. If the cultivating process had not been done well, olive trees could have got a disease and it would lea to a total ravaging of olive trees. This would lead to ruining this branch of industry. The relief from taxes and municipal surtaxes would make this difficult situation a bit easier for companies… – Bar, February 13th 1936, Andrija Prelja.”

In the “Basic Information”, March 14th in 1936, it is stated that “the mill can produce about 6 wagons of olive oil”…

According to the file of District offices of the County of Bar, since July 27th 1938, Andrija got a benefit to exploit power of water stream Bunar (Kajnak) to run the mill with two winches. It lasted until January the 1st, 1967. When this time passed and the lifetime of this benefit expired, the same benefit was issued to a new beneficiary as envisaged by the conditions of the Ministry of Finances and Constructions. 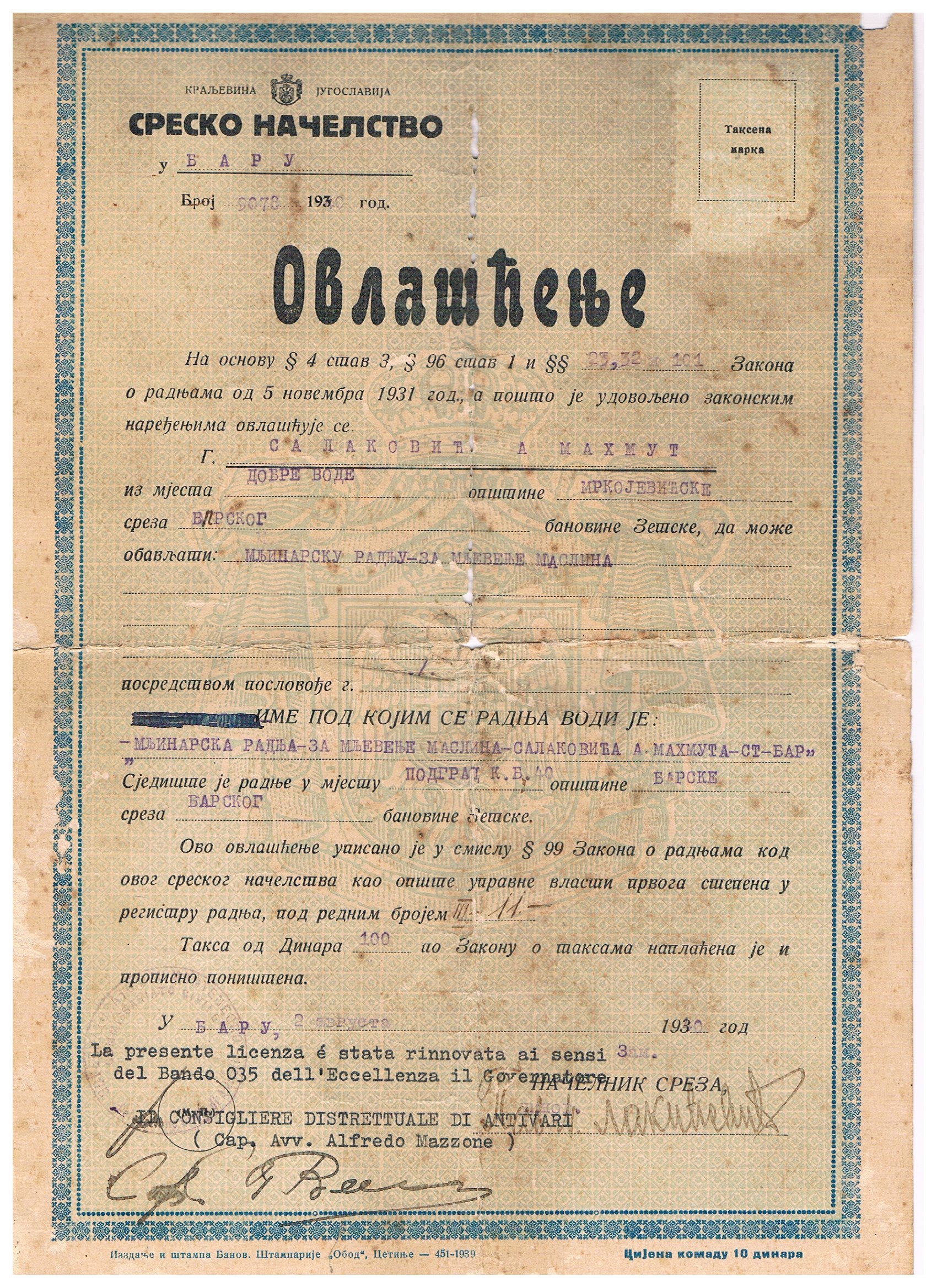 According to the Purchase Agreement, dated on April the 18th, 1940, Andrija Prelja sold the mill to Salakovic brothers – Mustafa and Mahmut, “with two gardens – one on the East side of the sold house and the other one on the North side, which borders with: “on the East – river Bunar, on the South – the property of Bozho Br. Vretenichic and on the North and West – municipal road. The machine oil was in the house that was sold. This immovable property was sold for the amount of 150 000 dinars. The salesman also sold two oil mills , two oil presses (hydraulic and “Moldavida”) , two kettles, two dressers made of zinc and the other movable property that were found in the house, the oil refinery… for 50 000 dinars.”

On July 13th, 1940, Andrija Prelja informed the Trading, Industrial and Craft Chamber in Podgorica that he had sold his business to Mahmud Salakovic from Pechurice.

On July 19th 1940, Management of State Monopolies of the Yugoslavian Kingdom sent a letter to the Department of Liquid Fuel stating “to the oil refinery in the property of Mahmut Salakovic: starting September 1st…in order to provide war production, supply your company with grains of lubricants and liquid fuel… under the threat of punishment under military regulations because of the impossibility of executing the assigned tasks of war.”

In 1946, Salakovic’s mill was nationalized by the new government. In the meantime, “Slaughterhouse Utility Company” from Bar had been situated there, but in 1952 the mill was returned to its owner. However, according to the available documentation, Salakovic’s request for “permission to mill olives” was denied many times.

Based on a file dated on September 27th 1974, “Rahima Salakovic, following her husband’s (Mahmut Salakovic) death, took charge of the actions for processing olives in Old town Bar, relying on Alija Becovic’s help , who was a professional manager.

As far as we know, the family of Mahmut Salakovic moved to Turkey and their mill fell apart inexorably after they left.

In August 2015, Tomas Quilliam from New Castle, England, and his friend Chris from Australia, bought the remains of this mill. With their girlfriends Sophie and Zoe, their friend Jackson and others, they ambitiously started reconstructing the old mill. Following the tradition of their new neighbors, before starting their business, they sacrificed Qurban. 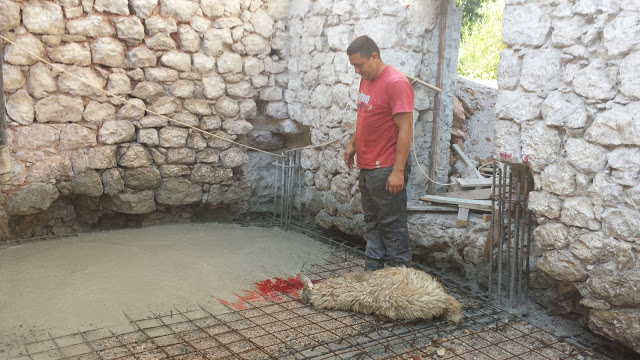 Unlike the original building, they built an attic, so now they had a 700m object, 900m bottom yard and a 1000m upper yard on their disposal. 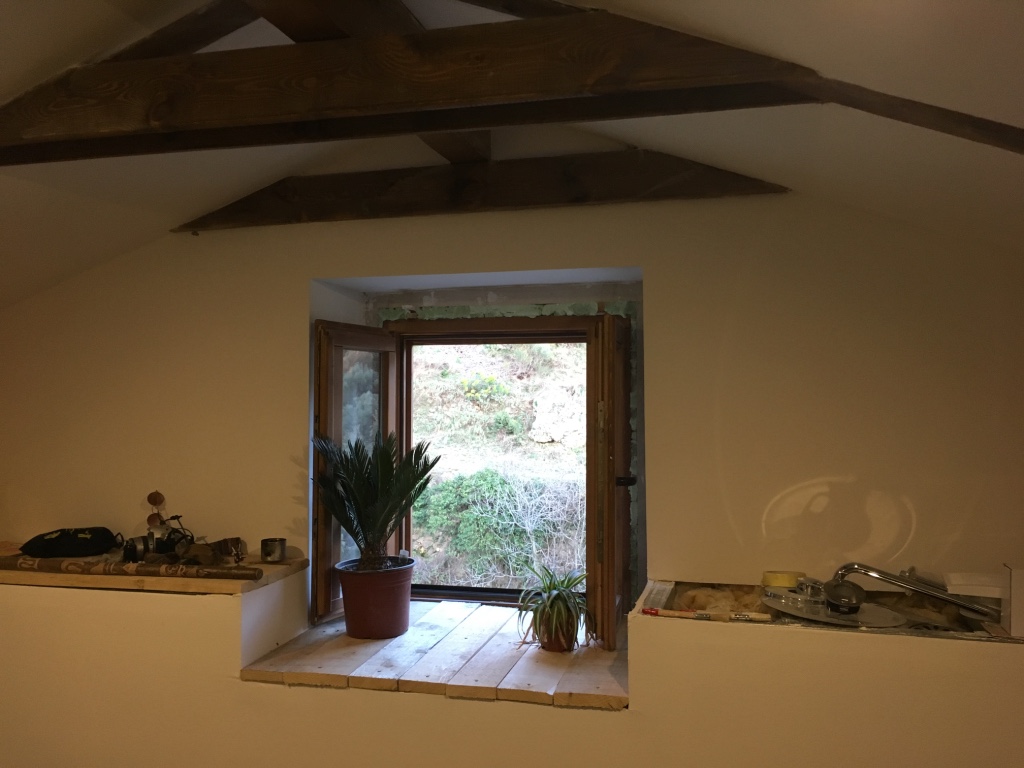 They kept the original appearance of the object and its surroundings. They did most of the work themselves. The biggest problem was the previously incorrectly renovated roof.

While working on this project, they found an old gravestone in one of the walls, which they put on the path leading down to the river. 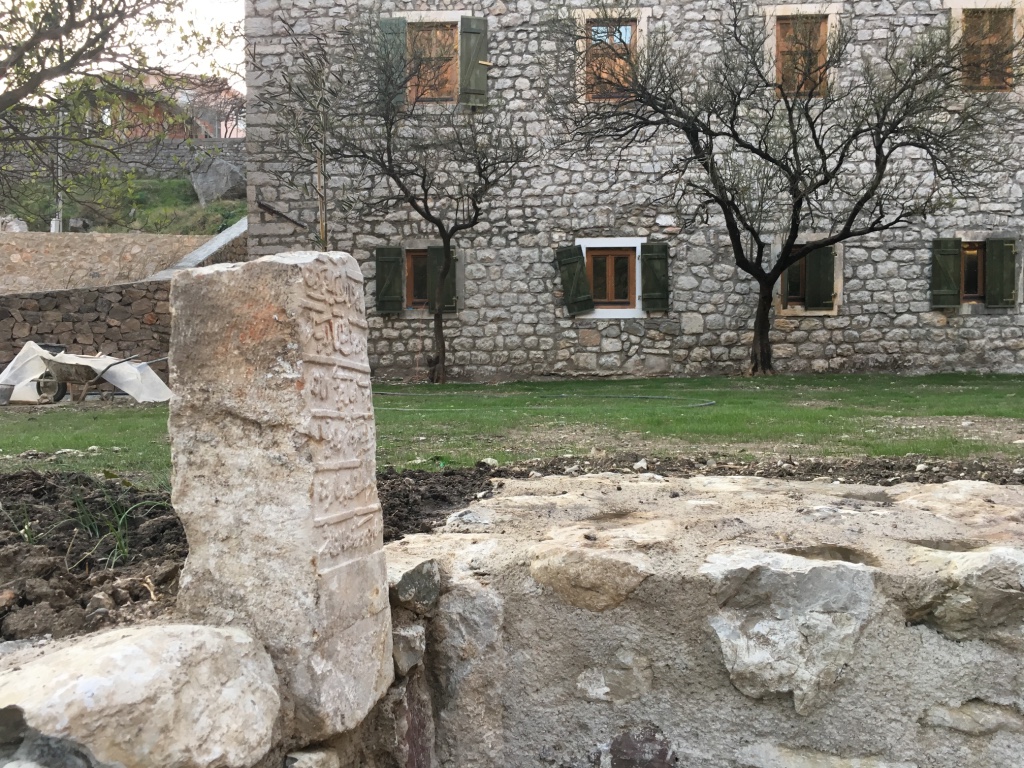 Our friend Nesib Pepic managed to read the part of the writing on this gravestone:

We can only assume how this gravestone ended up on the walls of the old mill?

On the other side of the path, opposte to the gravestone, they put a pole, which probably comes from the older period. 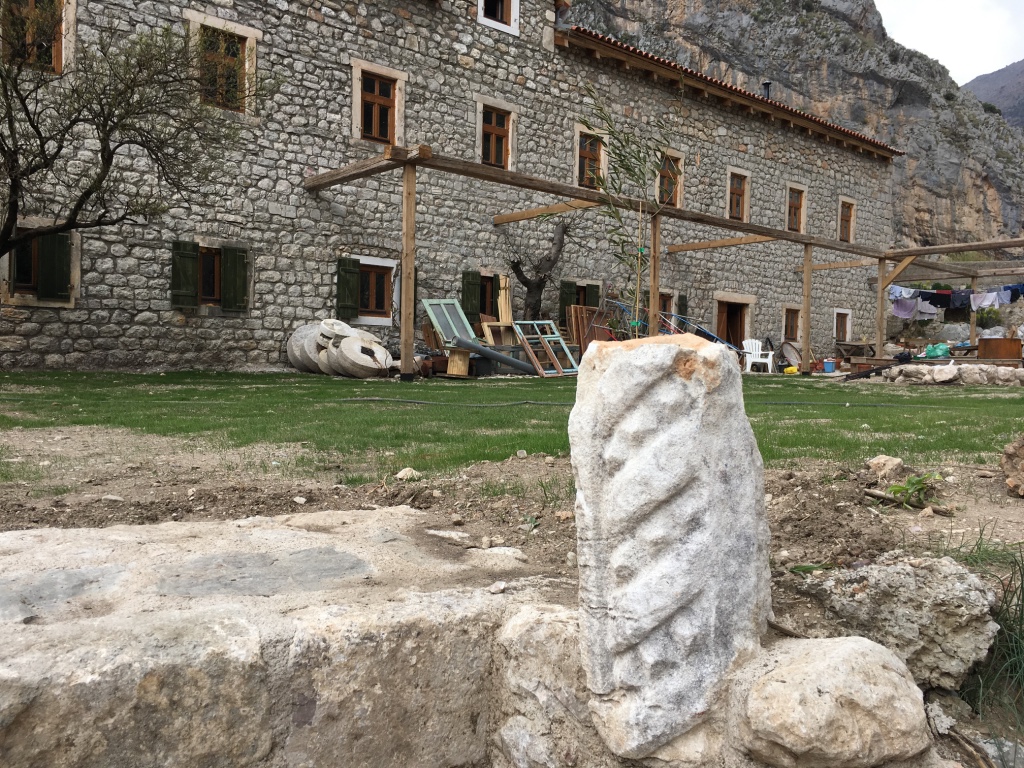 In the walls, several carved symbols have also been found, probably representing a rosette that is very common in this area. 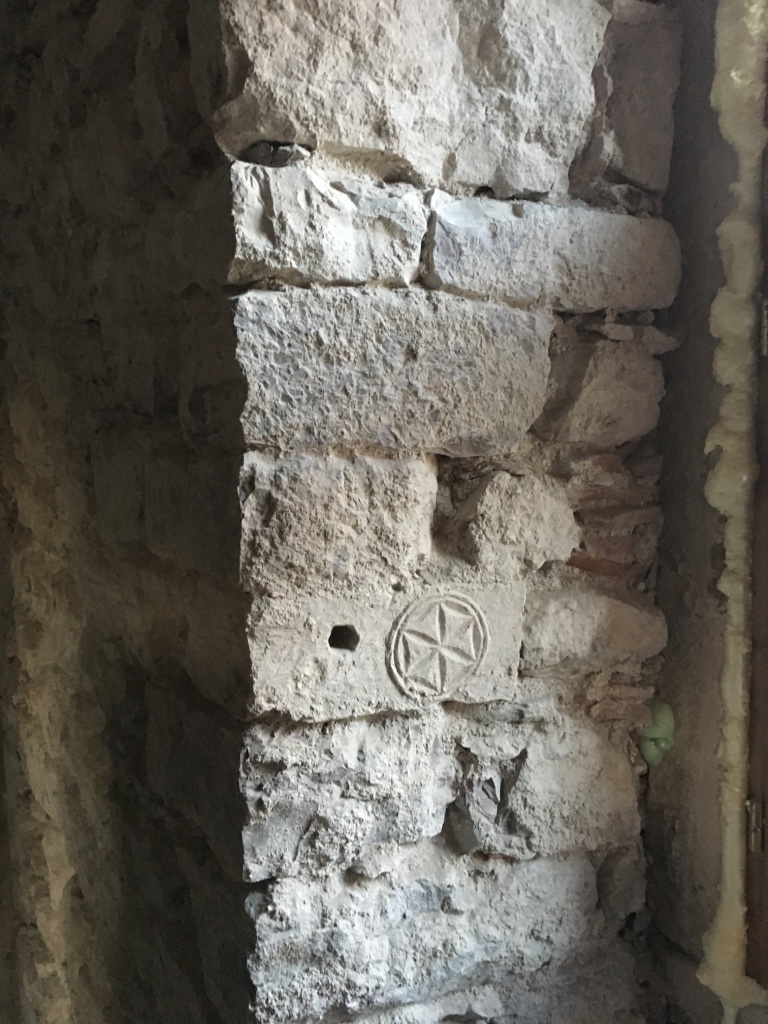 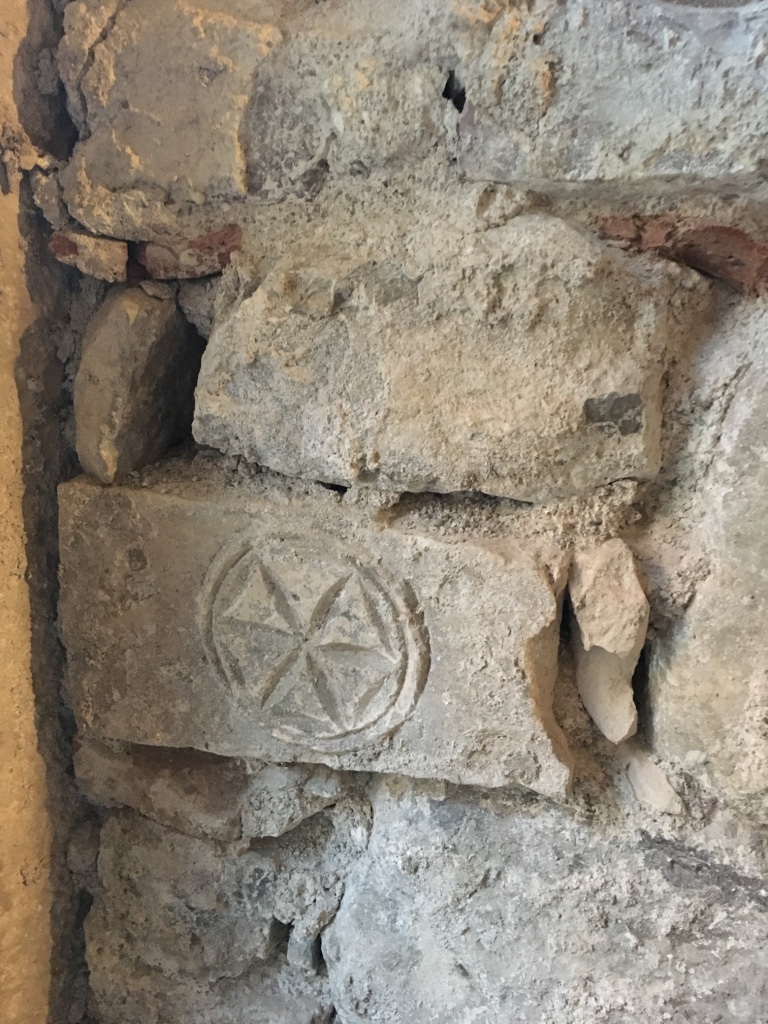 They have harmonized a fireplace in one of the old presses and they intend to save the rest of the inventory they find and fit it adequately into the environment. 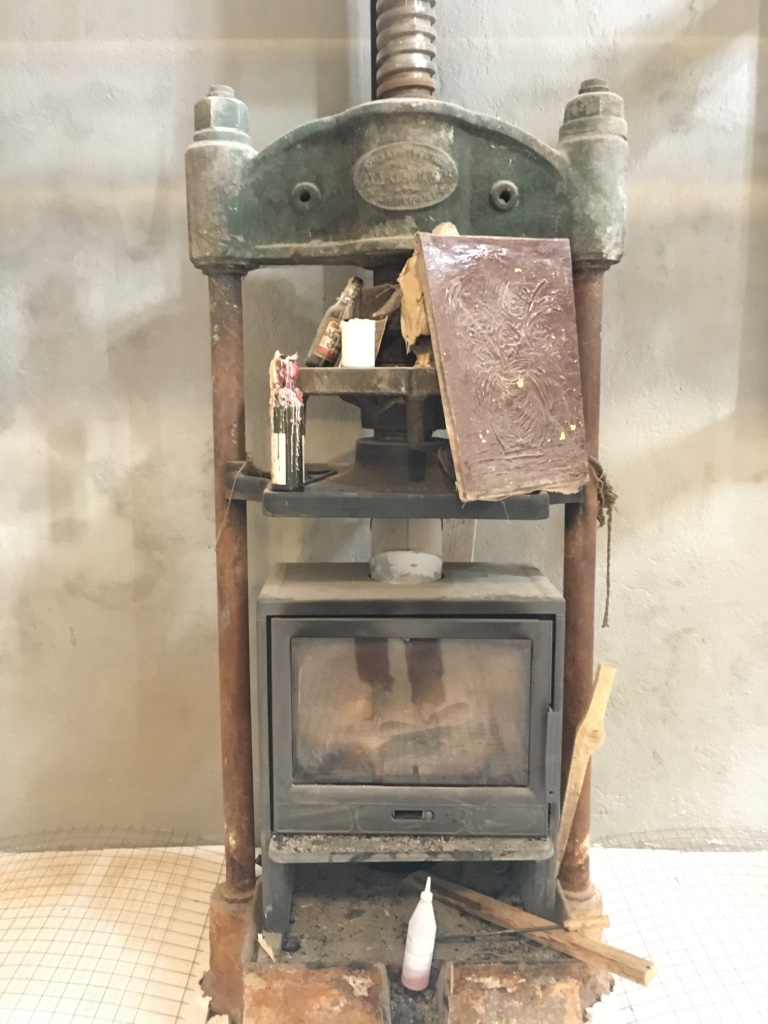 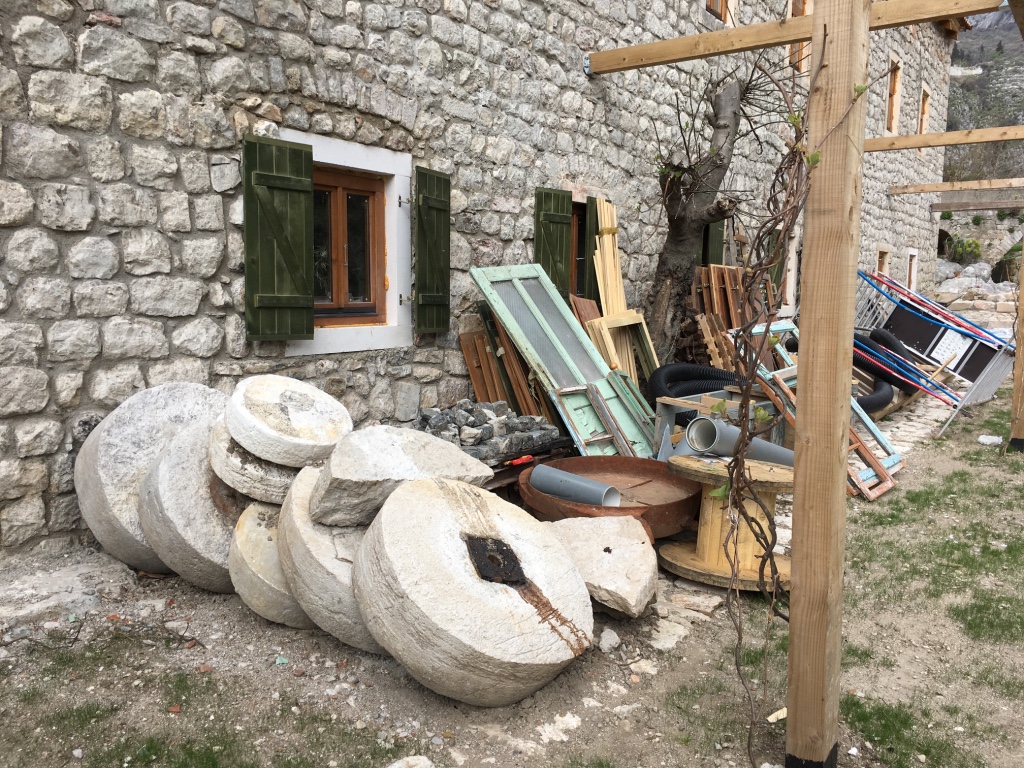 A small garden is planted in the upper yard and there is also a platform for children on one of the trees. Coriander and other herbs are unavoidable, considering that Tom and Chris are excellent cooks. 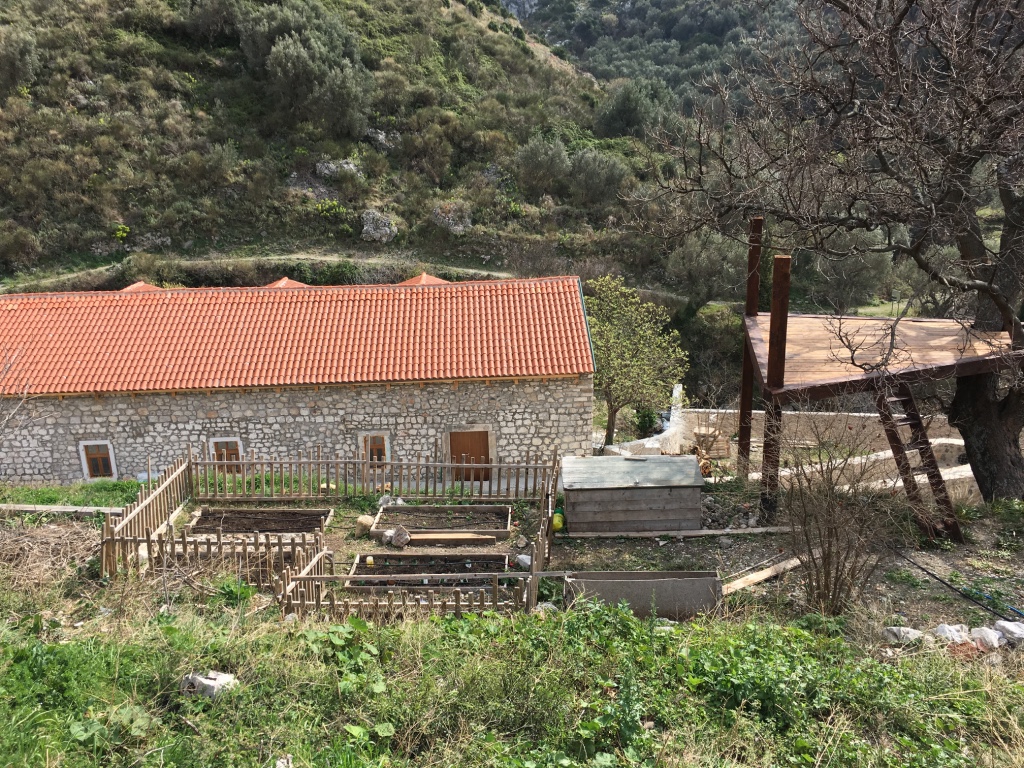 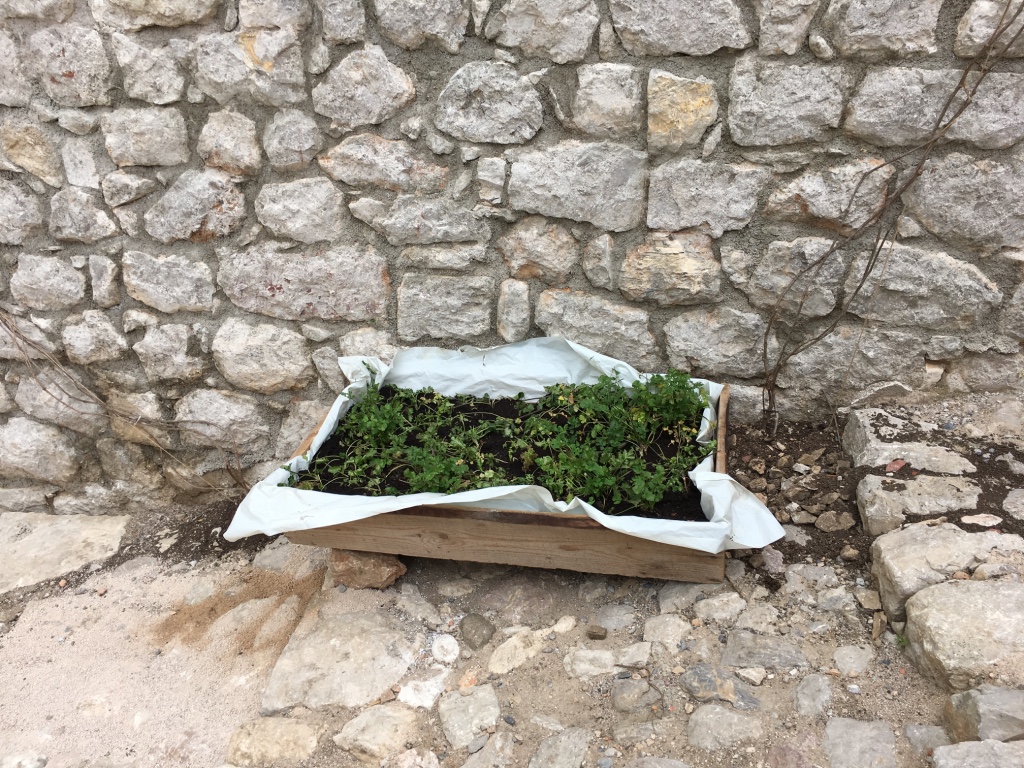 These young people have already learned many Montenegrin words. They are planning to fully equip the hostel,, which will also be a specific center for all young artists, by May. By the way, Tom is also a musician and he plays saxophone.

They are amazed by what they have seen in Montenegro and Old town of Bar, which they fell in love with on the first sight. However, they aren’t able to comprehend the locals’ nonchalance towards their own locality. For example, they are shocked by the fact that it the aqueduct can barely be seen, since the houses in this place are sprouting daily. On the same hand, they are terrified by the locals’ behavior towards their own cultural and historical heritage and the loads of garbage which can be seen everywhere, especially in the river which flows by the mill. 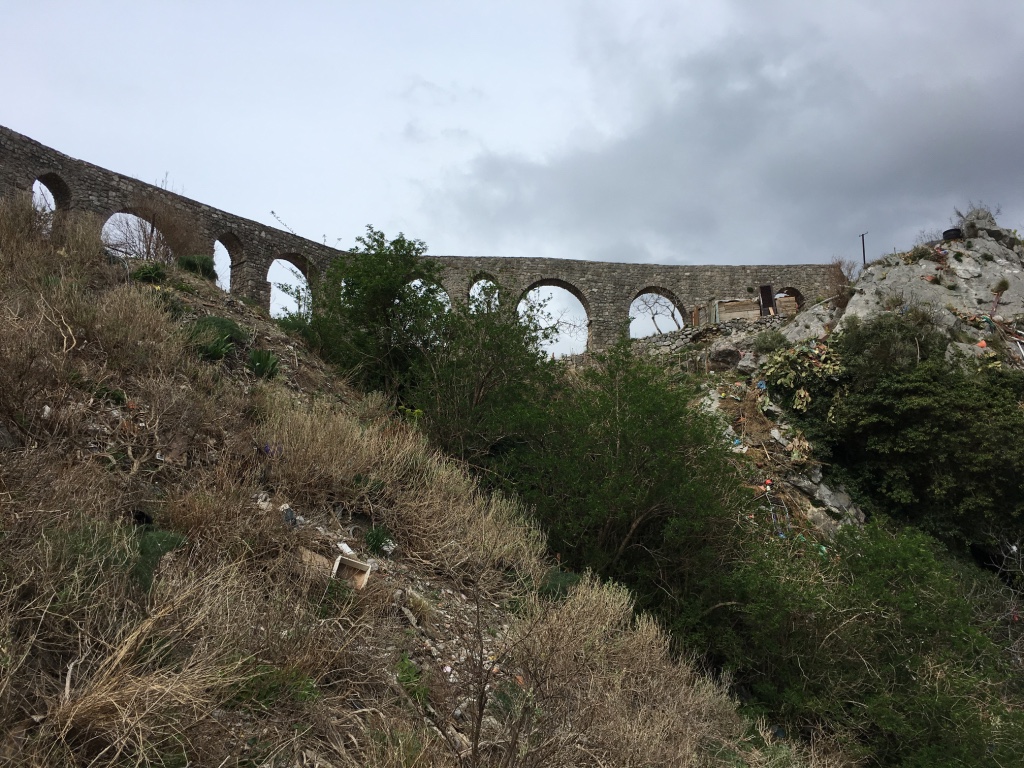 No one has offered them help yet. They would love to make contact with some experts in the field of cultural and historical heritage.

With these young and ambitious people, Bar has become even more valuable. By renewing Salakovic’s mill, desolate, derelict and rotting for years, they have shown the willingness to become active participants in gradual restoration of old buildings which have survived.

In accordance with the olive trees in the environment, the hostel will be named “The Grove Montenegro”.

Perhaps the sentry fusspots will blame Tom and his friends for making this project, but it is obvious how much love is invested in it, besides money.

Anyhow, we dare notice that the old mill has progressed more than the fortress walls or the paving stone in Old town Bar.